We are delighted to announce that Vauxhall Park has once again been awarded a Green Flag and the 2014/2015 Flag is flying over the Park.   The Green Flag award scheme is administered by Keep Britain Tidy and recognises and rewards the best green spaces in the country.  This means that Vauxhall Park is amongst the 1452 best open spaces in Great Britain.  This year has been very difficult with maintenance budgets cut to an absolute minimum.  We are very grateful to our Parks Officer, Mickey Penney 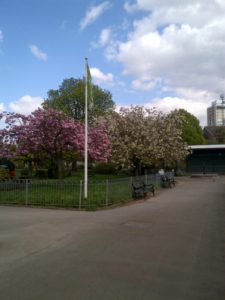 and the maintenance team working under Donald Campbell.  This year’s judging was done by a ‘mysery shopper’ who came unannounced to the park to inspect it.  No chance then for a last minute spruce up, so this year’s flag is especially hard won!  We are also grateful to the Corporate Volunteer Groups who have visited the park including those from the Langham Hotel, who created our chess table tops for the picnic benches, a team from the Foreign and Commonwealth Office who spent a day in the Park and Worldwide Hotels who recently helped with the lavender.  Local residents have also played a large part in the upkeep of the park and we are very grateful to them for their time and enthusiasm.  Anyone is very welcome to work in the Park.  Please contact us as friends@vauxhallpark.org if you are interested. 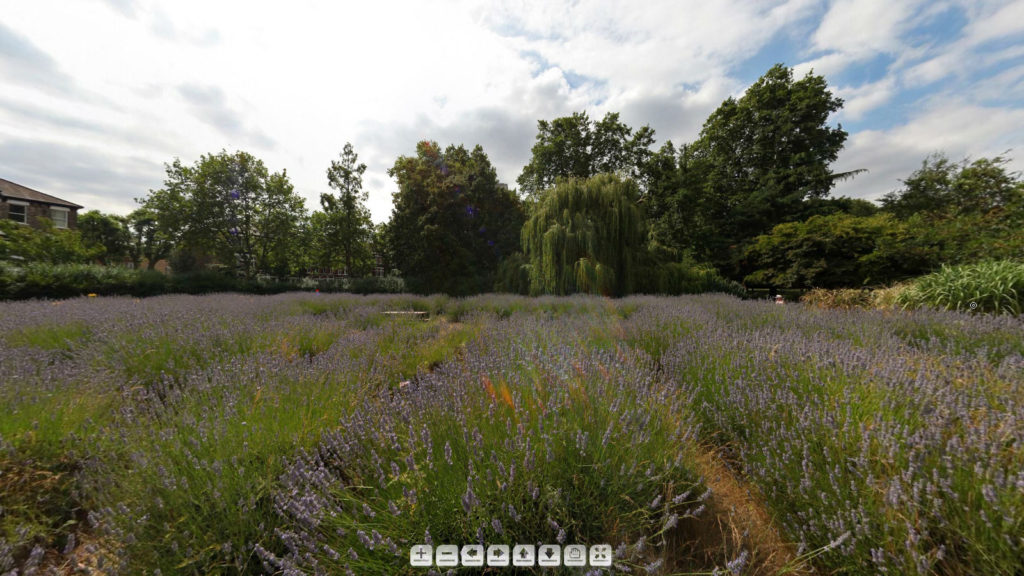 Photographer Peter Watts emailed to let us know that on the Panoramic Earth website there are a couple of interactive panoramas from Vauxhall Gardens.

“I particularly enjoyed taking the one of the lavender gardens in bloom,” he writes.

A team from the Langham Hotel in Portland Place, led by Art4Space, spent a day in the Park recently transforming three of our picnic benches into chess/draughts boards with mosaics.

The benches can be found in the lavender garden area although they tend to wander around. The surrounds of the table tops were inspired by the FOVP’s logo and HM The Queen’s Diamond Jubilee.

We hope to leave a set of chess and draughts pieces in the Cafe for players to use – if you have an old set you could donate please let us know! 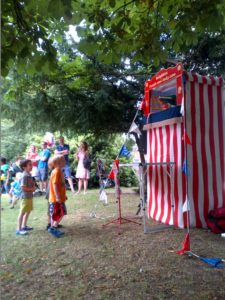 The Summer Fair 2014 was a great success and even the sun stayed with us all day.

A huge crowd from the community and beyond turned out to enjoy a bustling day of events including the extraordinary children’s games very generously organised by and sponsored by the Oval Montessori Nursery School.

Elsewhere in the Park you could have played crazy golf, been coached by members of Chelsea FC’s training staff, slide down a giant inflatable slide, sung to Popstarz Karaoke or just listened to the inspiring young musicians of the National Youth Jazz Orchestra. Donkeys delighted many young jockeys and many went for a spin in the giant tea cups.

An amazing display of plants propagated by the talented team of Tessa and Anne, who maintain the bed by the Fentiman Road/Stanley Close entrance, were supplemented by plants donated by New Covent Garden Market on the FOVP’s Plant Stall and gave an enticing welcome to the avenue of stalls of local businesses and community groups.

Delicious food from Mumbai Delight and jerk chicken from Camlo’s Place tempted taste buds and Paolo had a never ending queue for ice cream from his vintage ice cream van.

Our four legged friends competed for the cutest puppy, handsomest boy, prettiest girl amongst other classes and the Seth Taylor cup was presented in memory of our founding Summer Fair organised Seth Taylor who sadly died earlier this year.

We are very grateful to Winkworth in particular who are the main sponsor of the fair and did copious amounts of copying of posters and flyers. We were delighted that the Kennington Oval Vauxhall Forum were at the fair and very generously sponsored some of the rides. We would like to express our heartfelt gratitude to the enthusiastic team of helpers who put up and took down gazebos and moved tables and chairs and who manned the rides in the afternoon. A great deal of legwork went into putting up posters around the neighbourhood. The Fair literally could not have happened without the tables and chairs kindly lent by St Anne and All Saints and of course their cups of tea for the volunteers during the fair

Welcome to our brand new website! Excuse us while we get things straight. We’re working hard to get everything finished.

The end result should be easier to find your way around and a bit prettier too.

Do get in touch if you have any suggestions – you can email us at friends@vauxhallpark.org.uk. 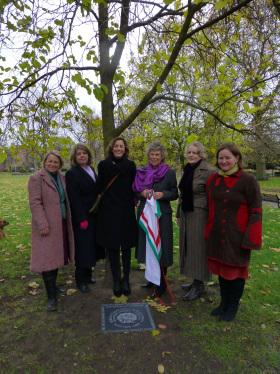 Just before Christmas, Kate Hoey MP unveiled the new plaque to Henry and Millicent Fawcett, who were such generous benefactors of the Park when it was established.

It is situated by the mulberry tree on the central grassy area near to the tennis courts and Café.

Lucy Haugh, a talented young stone engraver, working in Burgess Park, made the plaque and we are very grateful to the South London Fawcett Group for sponsoring this plaque with the Friends.

At the same occasion, we were delighted to welcome Cllr Sally Prentice, Lambeth Council Cabinet Member for Culture and Leisure, to the Park to officially raise Vauxhall Park’s sixth Green Flag. 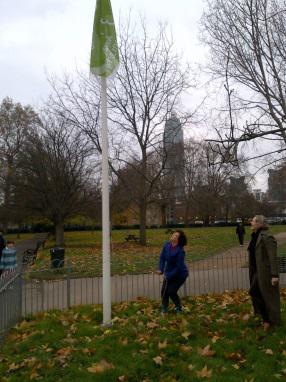 We are pleased that a team from Community Payback have been working in the Park every Monday in recent weeks to take over from the residents of Graham House who were unable to finish the painting of the railings around the dog area.

We hope that our four-legged friends will soon be enjoying a very smart new exercise area.

We are very grateful to the Community Payback team for their hard work and enthusiasm. 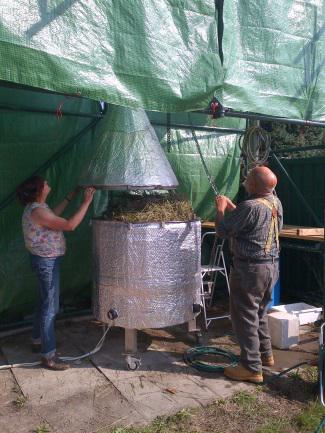 Following the community lavender harvest at the end of the summer, a car boot full of Vauxhall lavender was taken down to Carshalton Lavender Fields where Laurie Rudham kindly allowed us to use his bespoke distillery to produce over 10 litres of lavender oil.

The oil can be bought through Ruth the Lavender Lady who is at the South Lambeth Market on the second Saturday of every month. It is richly aromatic and distinctly different from the other lavender oils so do try it out. Perfect for ironing out the stresses of inner city living!

The lavender garden, which was planted to mark the Centenary of the Vauxhall Motor Company in 2003 is now in need of replanting. The Friends hope to make this a project for 2014 to propagate new plants from the existing ones and extend the life of this highly popular feature of the park. If you are interested in taking part please call 07901 855887. 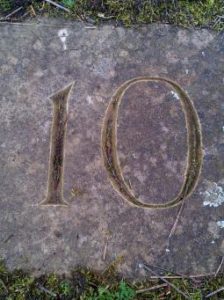 A very generous local resident has recently sponsored the installation of a human (or “analemmatic“) sundial in the middle of the lavender garden.

It is set to GMT so, on a sunny day, go and stand on the correct month, as marked on the central stone, and see if your shadow gives an accurate time reading (in summer, your shadow will be a hour ahead!).

We are delighted by this fascinating addition to the park and are very grateful to the Wells family for their inspired idea. 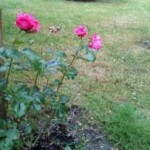 We are extremely grateful to Tommy Candler and Alan Plaistowe who planned, sourced and paid for the new planting of the Pergola in the lavender garden area. A carefully chosen range of roses and wisteria will, before long, restore the Pergola to its former glory.

We look forward to the air being filled with the scent of these beautiful roses. 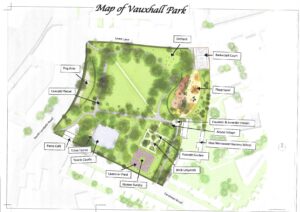